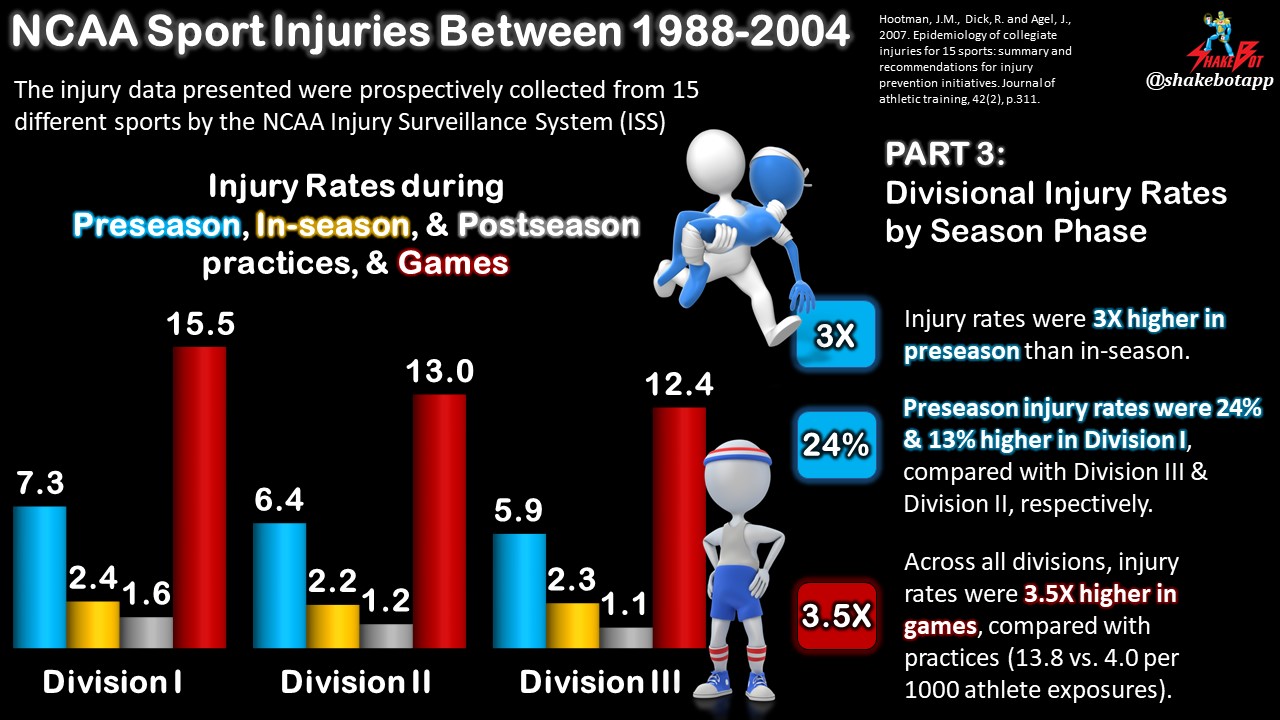 Injury and illness can wreak havoc on the body, both physically and mentally. We review how simple monitoring and preparation strategies can reduce time spent on the sidelines.

If you’ve ever been injured, you know how physically and mentally disturbing that can be. People are more prone to injury during periods when the physical work performed is greater than the body is prepared to handle. In particular, training camps and preseasons require multiple long, intense physical activity sessions in succession. It’s important that you understand how you can ensure that you stay healthy, and prevent injuries, during training camp and/or preseason activities.

Abrupt increases in physical activity levels, or “training load”, has been associated with increased injury risk [1-7]. For example, low training loads at the end of pre-season increased injury risk during the season in Australian Rules Football players [8]. This might have been due to the lack of preparedness for the intense in-season physical demands. A NFL team discovered that their injury rates were much higher in weeks 1-2 than weeks 3-5 of their training camps between 1999-2007 [9]. One possible factor contributing to this may be that the athletes were underprepared for the grueling demands of camp. Sixteen years of NCAA injury data (1988-2004) shows that preseason injury rates were higher than inseason and postseason injury rates. The authors speculate that this could be because “some athletes may come to the preseason poorly conditioned, and, thus, the stress of the high-intensity, high-load preseason training may result in an excess of injuries,” [10].

So, how can you protect yourself? Prepare for the rigorous demands of your training camp or preseason. Build up your physical capabilities, or “training load” prior to training camp or preseason; this will enable you to stay on the field by preparing you for the intense activity requirements [4, 5, 7, 11]. In fact, a recent review looked at 49 studies comparing cardiorespiratory fitness level and injury risk in military personnel. The researchers found that military trainees with higher fitness levels had lower injury risks during military basic training (i.e. military “training camp”), [12].