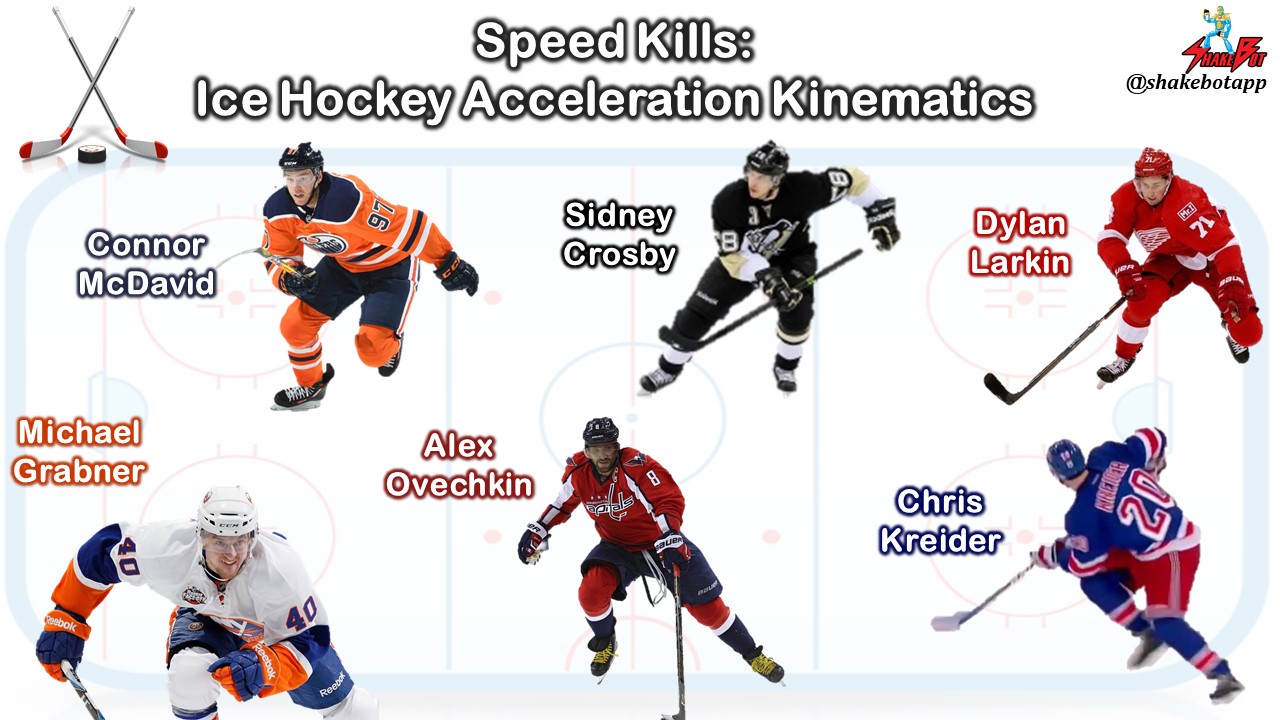 We’re going to get into a recent study which looks at differences in acceleration techniques between high-caliber and low-caliber ice hockey players. But first, a little background:

Forward skating acceleration can be crucial to a player’s success on the ice. Players with faster starts are more likely to create beneficial opportunities for their team that contribute to winning. For example, players who excel at acceleration are more likely to win races to the puck, outmaneuver their opponents, and achieve tactical separation from defensive players [1].

High-caliber ice hockey players spent less time in double-support phase (i.e. with both feet on the ice) and had faster stride rates than low-caliber players. 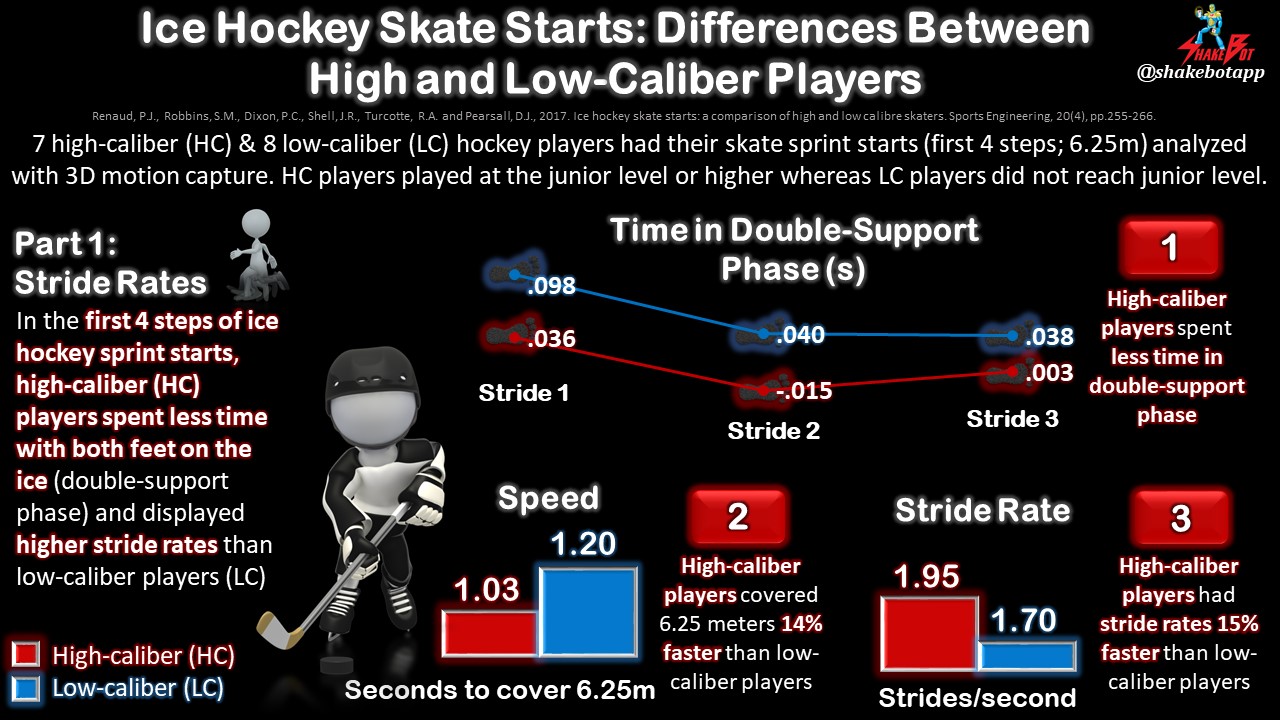 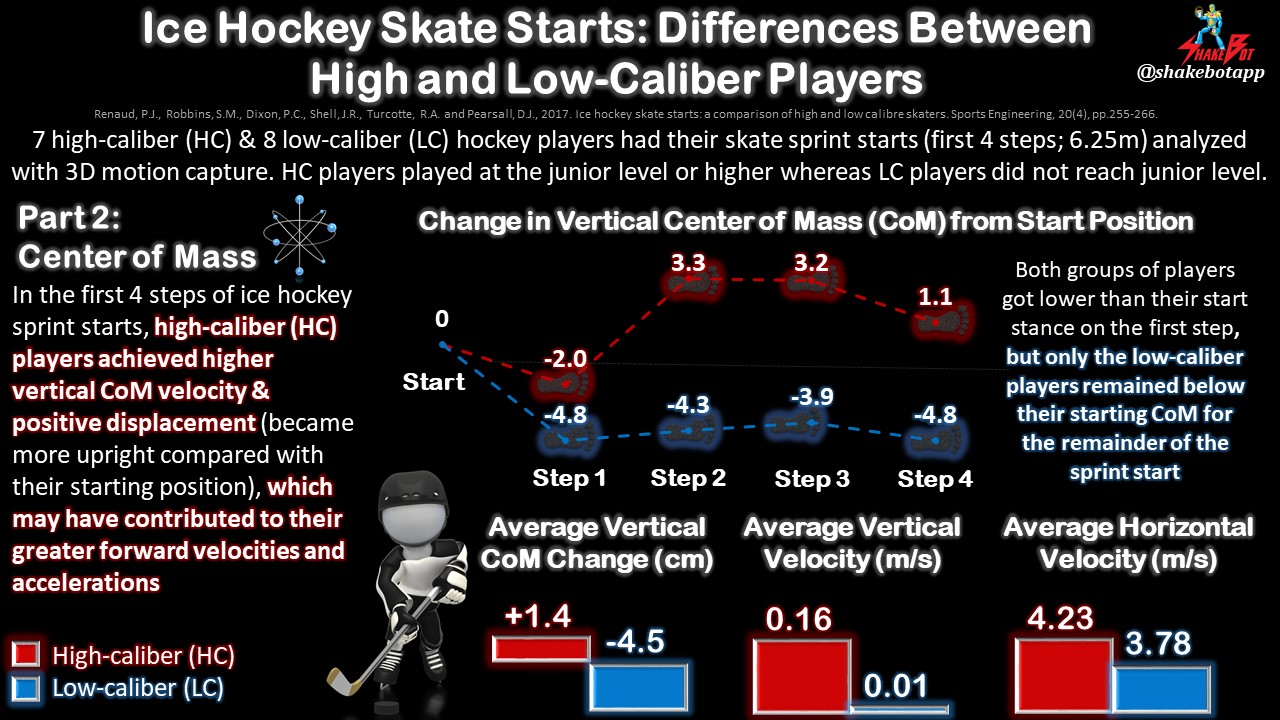 Albeit done on a skating treadmill, previous research observed high-caliber skaters being more flexed at the hip and knee, and more dorsiflexed at the foot–ankle throughout support [5]. This makes sense because greater hip and the knee flexion angles are purported to result in greater force application during on-ice propulsion due to greater extension velocities during the ice-contact phase of a skating stride [6]. 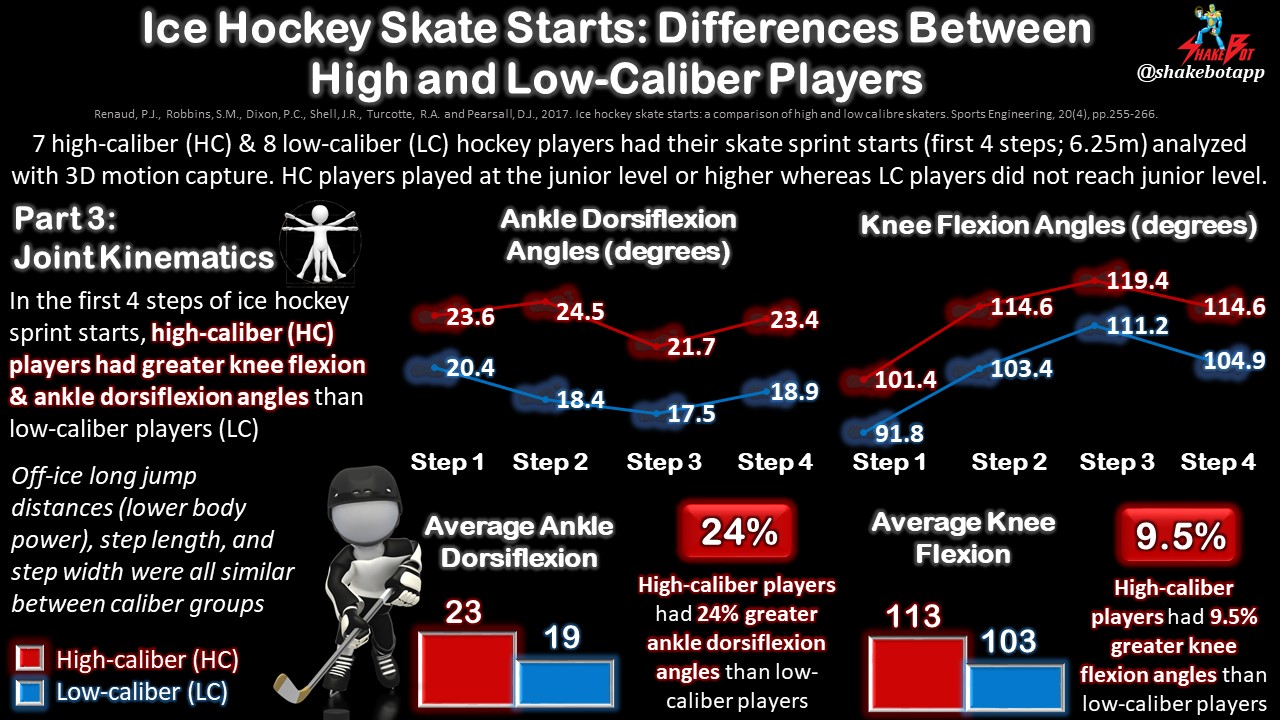 Gaining stability, strength, and movement capabilities in athletic positions similar to those experienced during skating acceleration, and strengthening muscles that are heavy contributors to skating acceleration, may facilitate sport-specific increases in force production that translate positively to on-ice acceleration capabilities. These athletic positions should incorporate substantial ankle dorsiflexion, and knee and hip flexion angles. Muscle contributors to hip adduction/abduction/extension, and knee extension may warrant particular strengthening consideration to enhance on-ice acceleration rates. These muscle groups primarily include the glutes, hip adductors, hip abductors, quadriceps, and hamstrings. Focusing on hip adductor strength is of primary importance, not because of its benefit for skating acceleration, but moreseo because of its impact on injury risk. Lack of absolute hip adduction strength and/or lack of hip adduction relative to hip abduction strength, may increase risk for groin strains [11-16].

Everything You Need to Know About Using Wellness Questionnaires in Sport